Guild Wars 2 is a whole universe and what’s amazing is that once you go into its PvP play, you find another world inside. This world is completely changed from the one you recently were playing in.

The major difference between the PvE and PvP in Guild Wars 2 is how the levels work around and how the gear works out. The rules are another thing that sets both worlds apart.

So, to help you out understanding the Gear in PvP, we have here an amazing Guild Wars 2 PvP Gear Guide where we discuss whether it matters or not, which slots to fill, how it even works, the equipment, and finally took a dive into the Merchants. Without any delay let’s hop into the details of this PvP Gear Guide.

The first thing that pops into the head of every beginner is the difference between PvE and PvP. For the most part, PvE revolves around you doing tasks, gathering equipment, and other things like any casual game.

This isn’t the case with PvP in Guild Wars 2 because here you can start off your journey even at Level 1 without having any Gear. Even if you have missing pieces, you can do it without any constraints.

The simplest reason behind this is that once you go into the Guild Wars 2 PvP Mode, you will be put in 80 Level and that old PvE template used for your stat is exchanged with a much cooler PvP template.

Remember the time you had to suffer to unlock your traits and skills of character in PvE Guild Wars 2 Mode? Well, here you have everything unlocked ranging from your character traits to even the skills.

To put it in simpler words, Everyone in Guild Wars 2 PvP Mode is on the same base. Sounds amazing, doesn’t it?

While most people struggle with the PvP UI for Gear coming from the PvE Gear UI background, you can actually get the same one for both. On the Head Slot side, you can change the view of the PvE Gear UI to your PvP Gear UI. Simple as that!

As we already mentioned in our Guild Wars 2 PvP Gear Guide that in PvP Game Mode, your stats and gear actually don’t matter. The one thing that matters are your Gear Slots. You need to fill them up and the reason is probably that you will get the maximum value for that armor after filling it up in PvP.

You need to put in the Gear Slots like;

The sole reason for doing this is because people are actually trolling in MMO games that allow the player to run around naked. Guild Wars 2 put up rules and regulations like these to prevent this.

If you are a Level 1 player, you already have the slots filled up and there is nothing to worry about.

Are you looking to get your hands on Gold in Guild Wars 2 without grinding or wasting your time? Well, look no more because you can Buy Cheap Guild Wars 2 Gold here at GW2Sale.com. You can also Buy Guild Wars 2 Items here at cheap rates. 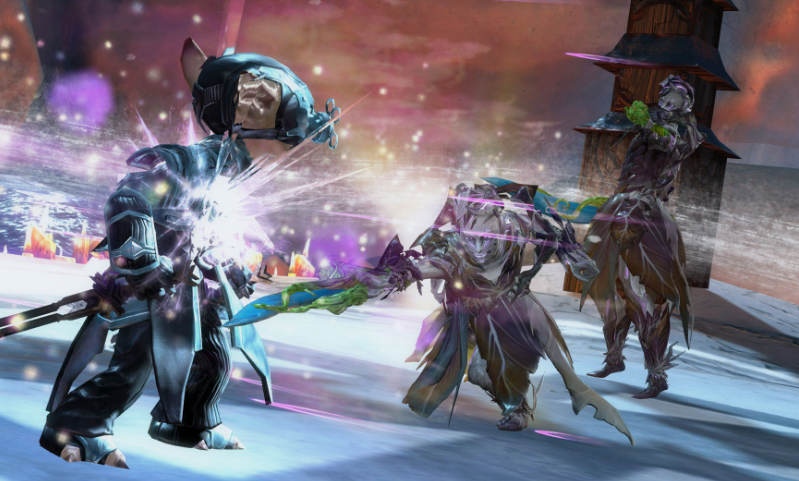 The PvP Gear in Guild Wars 2 is baked around four major components. We will discuss each of them in detail below, but their names are;

Now, let’s talk about them in detail.

For the slots of weapons, you will have to fill in the PvE Item here. It works similarly to armor and here you don’t have to worry about the stats at all because they are skills of a weapon.

Your job is to simply fill in the Weapon slot with something to fill the skill bar’s left side.

For the Amulet, things are quite different because here the PvP Stats held up in Amulet is around 90 percent. You also get the choice between stat combinations available; either it's the Celestial or the Marauder. Your choice makes the difference in the stat combinations.

Sigils are the only thing that resembles the PvE Game Mode. Here, you will have to choose from various categories like Proc, Swap, Passive, and so on. When you select a Weapon, each weapon will get dual Slots for Sigils.

One thing to note here is that you can’t stack together Sigils, you can only choose one if you have two same Sigils available to use. In simple words, you can’t have Double Purging or Double Energy in PvP Guild Wars 2.

Rune is quite similar to stats and amulets when it comes to PvP Guild Wars 2. Just like others, you can’t actually mix them together, whereas you can select one of the Rune and get the total bonus it gives of around 6 Pieces.

Runes in Guild Wars 2 come with their own set of Stats, which is a kind of extra buff on top of the Amulet that you use in PvP Gear.

So, when you need anything you simply go to the shop in Guild Wars 2 PvE Game Mode. This is the same thing here in the PvP Scenario, where you need a Gear, you go towards the PvP Merchants.

The main reason for you to get the Weapon or Armor in PvP would be to simply fill the slot and each one will cost you around some copper. That is all to the Merchants in Guild Wars 2 PvP Gear.

Are you a beginner looking for tips to get the most out of Guild Wars 2? Well, don’t worry anymore because here we have Beginner Tips for Guild Wars 2 Guide to help you out.

Looking for some of the most useful items to purchase from Gemstore? Well, here we have Guild Wars 2 Best Gemstore Purchase Guide to get you covered.

Have you recently reached the Endgame in Guild Wars 2 and don’t know what to do next? Well, for that we have here an amazing Guild Wars 2 Endgame Guide.